You are here: Home1 / Blog2 / Stories From The Road3 / Columnists4 / Things To Do in Bangalore

Bangalore – also known as Bengaluru – has been described as having an Elvis-like flamboyance, perhaps due to its image as a fast-paced technology city. But in reality, the heart of the city is quiet and green. Known as the garden city, it is one of India’s greenest areas, with numerous parks and gardens. Lalbagh Botanical Garden (right) and Cubbon Park, the two largest parks, are practically Bangalore institutions. Bird watching, nature walks, people watching – take your pick of what you would like to do on a cool morning or late evening. Or just take a book with you and relax on one of the benches.

Bangalore is full of hidden nooks of history, and organised walks are an excellent way to uncover them. Try Bangalore Walks or INTACH, the Indian National Trust for Art and Cultural Heritage, for walking tours that spotlight the culture and heritage of the charming city. For a different mode of sightseeing, Art of Bicycle Trips offers cycling tours beyond city limits. Try the Nrityagram Dance Village Safari, a leisurely pedal along the countryside that brings you to Nrityagram (above), a school for Indian classical dances.

While New Delhi and Mumbai have their share of watering holes, the arrival of new beer spots on Bangalore’s landscape has firmly established it as the beer capital of the country. The Biere Club (above) on Vittal Mallya Road, the first microbrewery in the city, has garnered many loyal admirers in the few months it has been open. Toit Brewpub is where the young and restless of Bangalore gather to drink and be seen. There are also old favourites like Windsor Pub (7 Kodava Samaja Building, 1st Main Road, Tel: 91 80 2225 8847). But be warned: This city shuts down early, so you are likely to be out on the streets by midnight.

Minimalism as a design concept is fairly unknown in India but several new hotels, showcasing clean lines and large white spaces, have brought a new aesthetic sensibility to the city. At Svenska Bangalore – in the heart of the information technology belt in the south Bangalore area – you can enjoy an authentic Indian meal at Soul, their signature Indian restaurant, or have Japanese cuisine at their rooftop restaurant Sensen. Aloft Bengaluru Whitefield boasts bright and airy rooms, close to the business hub of International Technology Park Limited. The hotel also has a funky lounge, Re:mix(SM), and a fine Mediterranean restaurant, Estia, perfect for entertaining friends and business contacts. 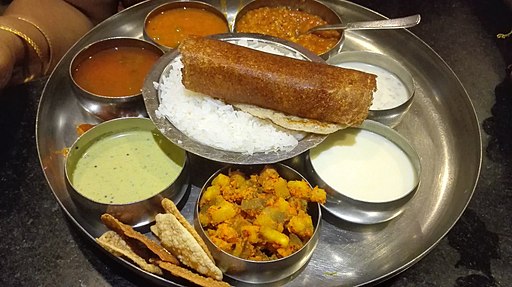 Masala dosa served with coconut chutney is one of Bangalore’s original eats. Residents like to argue over the best place to have them, but one option is Mavalli Tiffin Rooms (MTR) which has been serving them since 1924. Other eateries to try are Vidyarthi Bhavan (32 Gandhi Bazaar, Tel: 91 80 2667 7588), where political bigwigs are often spotted, and New Krishna Bhavan (33/39 Sampige Road, Tel: 91 80 2344 3940), also known for their ragi (millet) and akki (rice) dosa. For the health conscious, there is the option of idli (steamed rice cakes) found everywhere.